Hulu is an on-demand favorite that now offers live TV (for some extra dough). 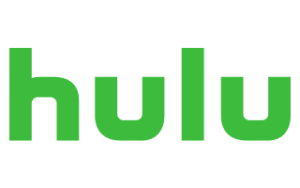 We may not like Disney owning everything, but it’s hard to argue with endless entertainment at a cheaper price.

Both Spotify and Sprint have plans that offer basic Hulu included for exactly $0.

If you’re a student, grab Spotify Premium for Students at $4.99 per month. This plan includes Spotify Premium, Hulu, and SHOWTIME®, so you’ll always have a way to unwind after homework.

For those of us who don’t have a university to call home, Spotify Premium comes with Hulu at $9.99 per month.

And Sprint Unlimited mobile plans include Hulu too. But those will run you $60 or more per month.

You may have noticed above that we crowned Hulu Best Overall, but what does that mean? The answer is simple: our editorial team has crunched the numbers (i.e. price per channel, cloud DVR hours, number of simultaneous streams, quality and quantity of original shows and movies, and available on-demand content) and determined that Hulu is the best live TV streaming service out there. Couple that with the deals above, and we think most folks will get the most out of their livestreaming with Hulu.

Hulu offered on-demand TV and movies long before streaming live TV came around. You’ll find that history reflected in its package names—and it takes a little getting used to.

What are Hulu’s packages?

Keep these differences in mind below, where we talk about live TV channels. You’ll get those only through Hulu Live packages.

If you could get 60 channels at the basic Hulu price of $5.99 per month, believe us, we’d be knocking down your door to tell you.

Small cable TV packages average around $65 per month and require a year-long contract. Alternatively, Hulu + Live TV costs $44.99, and you can quit any time.

With those numbers, Hulu’s free trial is worth a shot before you renew your cable TV package.

With Hulu’s balanced lineup, you get plenty of entertainment, lifestyle, news, and sports channels. But because Hulu’s channel count isn’t huge, it’s missing a few of our favorites.

If you’d desperately miss AMC, Hallmark Channel, MTV, and Nickelodeon, consider signing up for Philo as well as Hulu Live. It’s $20 per month, but even with that added to Hulu Live’s prices, you’re paying way less than most cable subscriptions.

With 15 sports channels (plus local broadcasts), you’ll have plenty of games to watch on Hulu Live.

But if you live for league-specific networks, check out Sling’s Orange & Blue package with the Sports Extra add-on. That bundle costs $50 per month, and you’ll get twice as many sports options as Hulu Live.

Depending on where you live, you can get your local ABC, CBS, FOX, NBC, and Telemundo channels. We suggest checking out your local channels ahead of time to see which one’s you’ll get.

If it turns out you can’t get all your local channels with Hulu Live, consider hooking up an antenna to catch the broadcasts at a cheap one-time price. We recommend the Mohu Leaf 50.

Best-priced premiums of all streaming TV

Overall, Hulu has the best premium channel prices of any streaming service. Sure, Sling TV offers SHOWTIME for $10 per month, but it doesn’t even have HBO or CINEMAX.

We’re 100% about going for Hulu if you want the hottest premium TV without paying through the nose.

You’ve probably heard of Hulu’s Emmy-winning The Handmaid’s Tale. But Hulu has a bunch of other excellent original series. With comedies, dramas, lifestyle, and family, there’s a little something for everyone.

Unfortunately, Hulu doesn’t put quite so much care into its movies. They tend to be low-budget horror films and documentaries. Pass on the horror films, but a few of the documentaries—like the ones listed above—are worthwhile.

With a big ole cloud DVR, unlimited streams*, super clear video, and ways to skip commercials, Hulu Live’s got the right stuff for a top-tier streaming service. *The unlimited streams are just kind of unlimited, since you have to be at home to watch them. Someone should tell Hulu that’s a limitation.

Oodles of hours for an extra Hamilton

The included cloud DVR’s 50 hours has almost enough storage to marathon all five seasons of Arrested Development. Luckily, Hulu has the first three seasons on demand, so you wouldn’t need to use all your DVR space anyway.

If you add on the Enhanced Cloud DVR, you’ll get 200 total hours of storage. That’s about enough for all of It’s Always Sunny in Philadelphia, Community, and 30 Rock put together.

But since Hulu already has all of those shows available on demand (except the latest season of Always Sunny), your Enhanced Cloud DVR might sit empty.

We suggest passing on the Enhanced Cloud DVR since, honestly, most people don’t need that much space—Hulu’s on-demand library is already massive without it.

Noteworthy stream count, but only if you’ve got the cash

Hulu doesn’t excel in stream count. On-demand packages get only one, while those with live TV get two.

If you want more than that, the Unlimited Screens add-on lets you watch as many screens as you wish—as long as you’re at home. You also get three additional streams for on-the-go watching, which is handy if you ever leave the house.

As for offline viewing, in May 2018, Hulu announced downloadable content coming somewhere between 2018 and 2019. Since that was over a year ago, we’re expecting it any minute now.

No? Still not yet? Darn, looks like you’ll still have to stay near Wi-Fi if you want to watch Hulu for now.

Save on Enhanced Cloud DVR and Unlimited Screens

When you get both the Enhanced Cloud DVR and the Unlimited Screens add-ons together, the total cost comes down to $14.98 per month. That’s a nice $5 savings every month, which is pretty tempting for the value.

Everywhere but your big-kid game console

Hulu is available on more devices than any other livestreaming service except Sling TV.

Don’t have a streaming device yet? These small but handy gadgets will change your TV-watching game forever. We’ll help you find the best one for you, so that you can watch all your favorite streaming services straight from your TV.

Unlike Netflix and Amazon Prime Video, Hulu doesn’t currently offer 4K Ultra HD. But depending on the program you select and your internet connection, your shows will still be in HD—just a slightly blurry 720p or a crisp 1080p.

Hulu adjusts your video based on your internet’s available bandwidth. If your picture seems blurry, you may want to upgrade your internet speed. Check out our guide to the best internet plans for streaming.

Hulu recently updated its channel guide from a list to a chart, so planning your watching schedule is easier than ever.

Hulu’s new guide is so beautiful this writer was nearly in tears.

You can simplify your channel list by genre—sports, movies, news, or kids—or check on your recently watched channels. The arrow on the top right lets you see what’s coming next.

The guide still doesn’t give you a peek into the past, unfortunately, so if you’re worried you missed a show, you can’t confirm it here.

Getting Hulu’s on-demand library without commercials will cost you an extra six dollars a month. It’s a little pricey for us, but think of all the time you’ll have to marathon more shows.

Just keep in mind, the no-ads feature doesn’t extend to live episodes. That means you’ll still get all those local car dealership ads during your nightly news.

If you fork out a little more for the Enhanced Cloud DVR, Hulu says you can skip ad breaks in your recordings. Customers have had mixed experiences with this, saying some shows don’t let you fast-forward during commercials anyway.

But if you want to give it a shot, you can try out the Enhanced Cloud DVR for $9.99 per month and cancel later if you’re not satisfied.

All in all, we’re pretty fond of Hulu at HowtoWatch.com. It’s a well-rounded service with a vast on-demand library and lots of stellar channels. And we’re looking forward to offline viewing, whenever that happens.

We wish Hulu would be more consistent with its ad-free offerings, and it would be rad if it cost less. But as long as Hulu has the channels you want, we encourage you to give it a shot.

What’s the difference between Hulu and Hulu Plus?

Hulu no longer offers Hulu Plus—originally, this old package gave you access to more shows and seasons than the subscription-free Hulu. Now Hulu doesn’t have a free service, and instead offers four pay plans:

Does Hulu Plus have ads?

Hulu doesn’t offer Hulu Plus anymore, but you can get Hulu without ads—the Hulu (No Ads) package starts at $11.99 per month.