Amazon Fire TV Review 2019: Everything you Need to Know

Amazon Fire TV Review - A look at the design, specs, software, and other Fire TV reviews providing a full picture of the Amazon Fire TV. 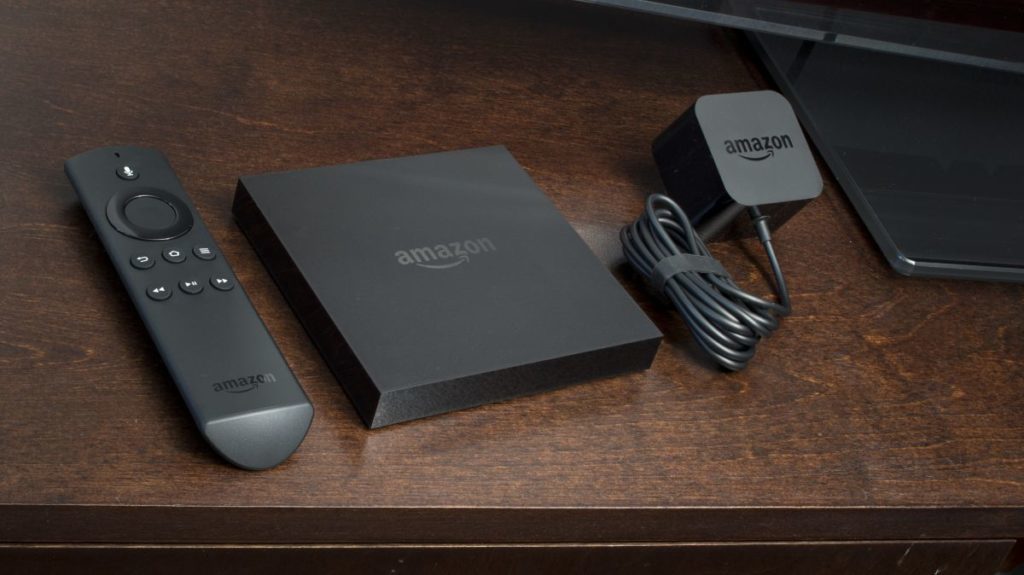 Amazon’s Fire TV is an excellent stream box for cord cutters and media lovers alike. In this Amazon Fire TV review, we’ll look at the design, specs, usability, and performance of the new, updated Amazon Fire TV. Much of the attention given to the Amazon Fire TV has focused on the 4K Ultra HD playback features, including the highest commercial resolution available on any streaming device today at 2160p. The Amazon Fire TV is one of only a handful of devices that offer 4K streaming. While this is an excellent addition to the device, it has a lot more to offer than just that.

The new Amazon Fire TV hasn’t changed in comparison to previous versions of the box, but that is not necessarily a bad thing. The boxy, understated design doesn’t draw attention but fits in well with the minimalist modern living rooms of today. It is very small, so it should have no problem fitting in any nook and cranny of your TV setup without issue. You can even hide the box behind the TV if you like because the box does not require a direct line of sight for the WiFi remote to function properly.

While the outside hasn’t changed much, the tech inside has changed considerably. The device features a MediaTek quad-core processor that provides some serious power to the device. This processor is interesting because it is really made up of two different dual-core chips that work together. The device is about 75% faster than the old model of the Amazon Fire TV. Additionally, there is a dedicated PowerVR GX6250 GPU inside of the device, along with 2 GB of memory. This makes the device powerful enough to seamlessly run the games offered within the Amazon app store.

As far as storage space, the Fire TV offers 8GB of internal capacity. Those that want more can utilize the microSD slot on the outside of the box, which allows up to 128GB of additional storage. The device also comes with a Gigabit Ethernet port, which is probably the best choice for those that are looking forward to streaming in 4K UHD. The Fire TV also made waves when Amazon announced that the device would support the new H.265 (HEVC) codec, along with legacy codecs. Keep in mind that this setup limits the box to 30 frames per second on 4K streams, but allows it to crank up to 60 FPS for 1080p outputs.

The Amazon Fire TV uses FireOS, Amazon’s version of the Android operating system. The software is very responsive and easy to use. Because FireOS has been a unique fork of Android in development for years now, it feels and looks different than other Android streaming devices. Along with that, you won’t have access to the Google Play Store and the apps that come with it and will be limited to the Amazon app store. However, there are some great Fire TV apps that are available.

The operating system places the focus on being able to quickly and easily find content. The Fire TV also includes voice search capabilities that are excellent. Searches are surprisingly accurate when compared to other devices. The search feature is in-depth, pulling content from a multitude of apps. There are also a number of live TV apps available on the device, including Sling TV. This is a big change over previous versions of the device, that would only pull content from Amazon Prime Instant or Amazon Instant Video. Opening up the system to allow for system-wide searching has really improved the content finding process. Being able to look through Netflix, HBO, Hulu, and Amazon catalogs with a single search is a huge improvement for any user.

The new Amazon Fire TV performs quite well on all fronts. The clean design of the operating system helps, but flipping through apps and menus has never been more smooth. Additionally, the remote is very responsive as well even through the signal comes through WiFi. However, if you have WiFi bandwidth problems, you may find that the remote takes a dip in responsiveness very quickly.

Video playback is very smooth, and most should never run into any issues. Occasionally, while streaming in 4K UHD, you may start to notice a little choppiness if your WiFi is struggling to keep up with the demands. Sometimes the audio comes de-synced from the video playback, but we have always been able to fix that by restarting the media.

While the device isn’t a full-fledged console, it is a pretty adept little gaming machine. For $49 you can buy the Fire controller, which is very much like the XBox controller. Many of the titles are actually designed to run with the Amazon Fire TV remote, so the controller is not necessarily required. There is a suite of games that you can play through, including some pretty well-known titles like Telltale’s Game of Thrones. The Amazon Fire TV will never be a replacement for a true gaming console, but it is a nice little device for some casual gaming.

In all, the Amazon Fire TV is a very cool device for the money. This Amazon Fire TV review covered all of the main aspects of the device, and few failed to live up to the hype. Other Amazon Fire TV reviews have also been very favorable to the device. The 4K UHD streaming will attract the media-centric crowd, but the design is clean and easy enough to use for casual users to enjoy as well. Playback is smooth, and the device packs enough punch for gaming. Overall, we highly recommend the new Amazon Fire TV to anyone that is considering picking up a new streaming box.