It’s the most wonderful time of the year for staying home to watch movies, so HowtoWatch.com found out which holiday classic each state’s looking to hunker down with this winter.

Do you line up with your state’s favorite festive flick? 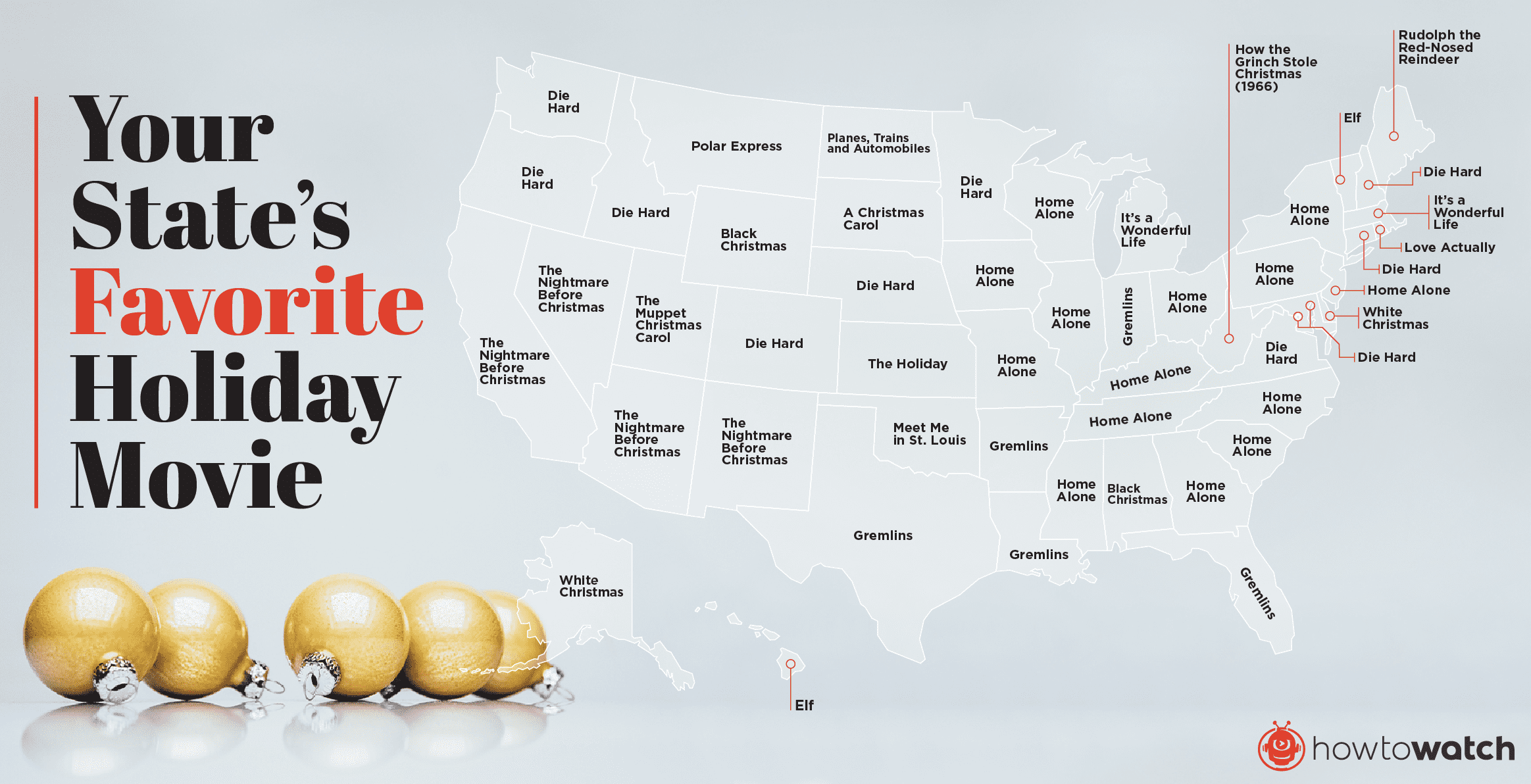 There’s something fulfilling about gorging yourself on stocking candy, wearing your cozy new sweater, and plopping down with some eggnog to watch a magical, merry movie. For some folks, it’s not truly the holidays until they watch Ralphie shoot his eye out or Jack Skellington discover Santa’s workshop in the North Pole.

So what did we learn about the United States and its favorite frosty films?

Home Alone took the most states this year for search dominance, but it’s mostly an east-of-the-Mississippi victory. Maybe Macaulay Culkin can migrate out west during winter to avoid his seasonal photo-op crowds.

The next most popular film by state, Die Hard, may not conjure up the warm, cuddly Christmas vibes you think of with other classics, but it’s a perennial favorite for its one-liners, iconic imagery, and non-stop action.

Gremlins is a huge hit in the southern and swampy states. Maybe they’re used to creepy creatures, like the grinning gators in Florida or party possums in Arkansas.

The Southwest and West show their love for The Nightmare Before Christmas with Arizona, Nevada, California, and New Mexico all searching for it more than other holiday movies.

The love for other holiday classics is pretty scattered. People in Hawaii and Vermont can bond over their love for Elf, while folks in Alaska and Delaware both wish for a White Christmas.

What holiday happenings or cultural cinematic commonalities do you see in our movie map?

How we ranked the movies

To determine each state’s favorite holiday film, our team of analysts made a list of the top 25 most popular holiday films by cross-referencing multiple “best of” film lists and pared it down using ratings and popularity.

We analyzed the 25 most popular titles using Google Trends data to discover which films people in your state showed the most interest in over the past twelve months.

Here are the top 25 holiday films that we chose to highlight in this piece:

Of this list, seventeen ended up being a state’s most searched Christmas movie on Google.

So, what are you planning on watching? We want to know which holiday movie is your favorite. If nothing less, it gives us some Blu-ray gift ideas for our relatives.