The Best and Worst States for March Madness Fanatics

Surprisingly, your geographical location could determine your answers even if your alma mater doesn’t.

We used proprietary data of product purchases, subscriptions, and prediction models to see which states are the most interested in sports, gambling, and fantasy sports—in short, the best and worst states for March Madness fanatics. 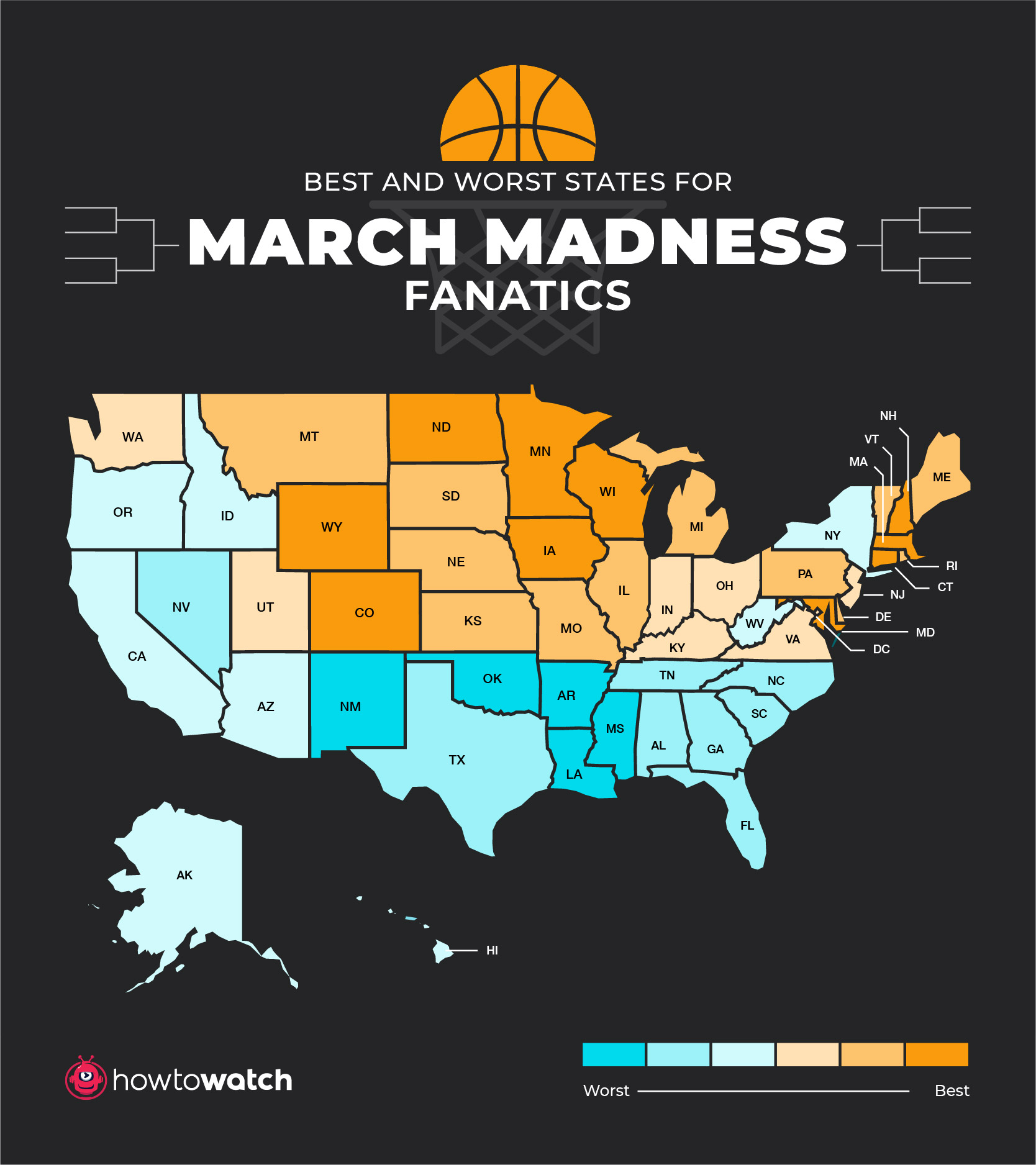 The states with March Madness–winning colleges aren’t guaranteed to be among the best for the fandom.

With all those scores, we can safely say this map doesn’t reflect basketball skill, only how much your state facilitates having a great time during March Madness.

Based on interest in sports, gambling, and fantasy sports, Minnesota, New Hampshire, Connecticut, Wisconsin, and Colorado were the five best states for March Madness fans.

As for the least interested, that goes to Louisiana, Oklahoma, Mississippi, New Mexico, and Arkansas.

Get in the game

So say you’re in New Mexico, home of half-court king Johnny McCant, and you want to get in the spirit of March Madness despite your state’s placing 50th in our chart—what can you do?

Well, our dear New Mexican friend—or any reader, really—grab a few friends or the whole office and head over to ESPN Tournament Challenge to pick your winners for the Big Dance.

Or if you’re tired of one big loss throwing you out of the game, try a March Madness Draft instead. You and your friends focus on choosing players, rather than teams, for the win.

Heads up: Zion Williamson is a favorite for the NBA draft, but you may want to pass on him for your fantasy draft. His recent knee injury may keep him from playing in the tournament, whether by necessity or choice.

But hey, in either case, maybe just kick back and stream a game or two on CBS All Access if all this fantasy madness stresses you out.