Disney Originals vs. Live-Action Remakes: Which Is Better? 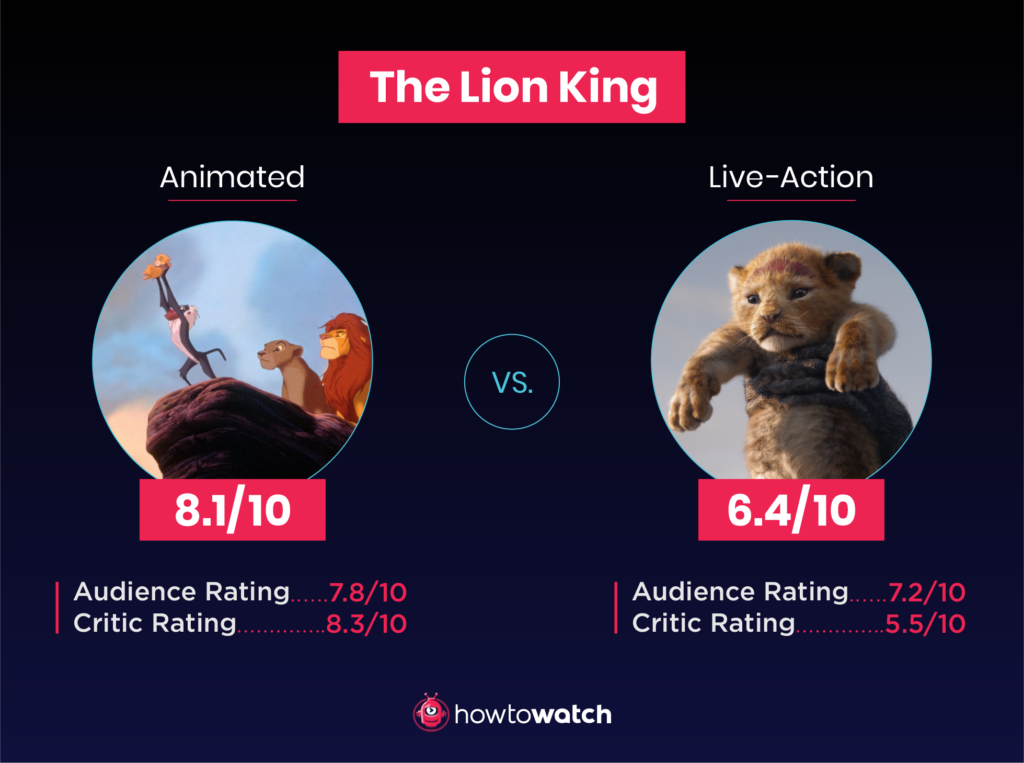 We love our animated Disney classics—but the live-action interpretations have been met with mixed feelings.

A more cynical person might say Disney is afraid to get creative with new stories, and these films are a terrific money-grubbing ploy. But at HowtoWatch.com, we wanted to see how fans and critics felt these remakes live up to the originals.

The only live-action film better liked than its animated counterpart is The Jungle Book (2016)—most trail far behind the Disney Classics.

The table below shows the giant gap in quality between the two types of films. Note that the animated films are in red and the live-action films are blue. 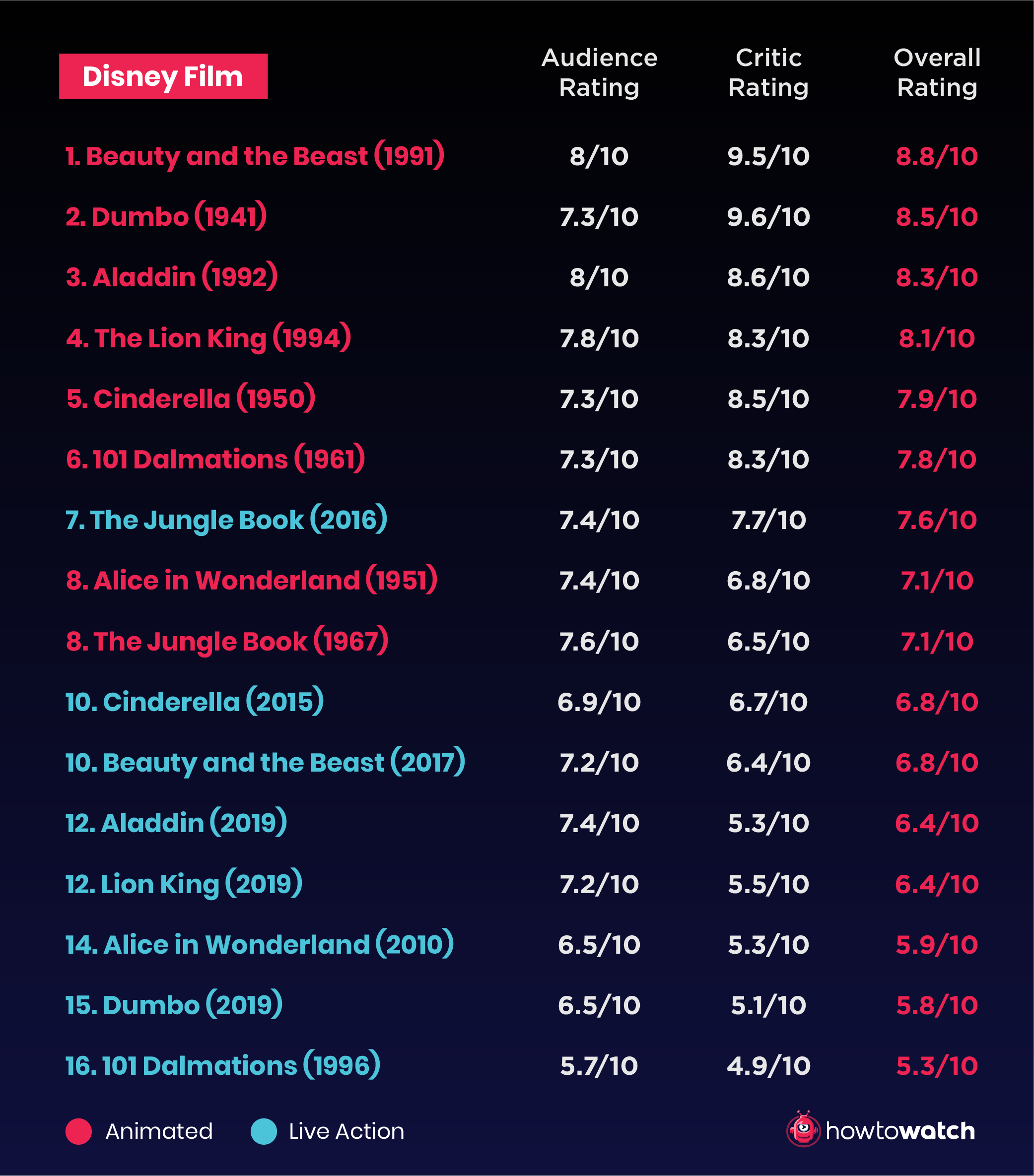 There’s a bunch going on in the chart above, but here are the highlights:

Though the numbers show a clear preference for the animated films, the Disney remake train isn’t going to stop anytime soon. Stories like Mulan, Peter Pan, Sword in the Stone, and The Little Mermaid are up next for the treatment.

But with Disney+ coming November 12 of this year, we might start seeing less of them in the box office: the new Lady and the Tramp is set to premiere on Disney’s streaming service, not in theaters. To learn more about streaming TV, check out our guide to cutting the cord.